At the stroke of midnight, Imran Khan fell from power through a vote of a no-confidence, becoming the first prime minister in Pakistan’s history to have been ousted by a parliamentary revolt. 174 lawmakers supported the joint opposition’s no-confidence motion that required 172 votes in a parliament of 342 members.

The outcome shook the political earth of the country, seemingly bringing an end to a protracted crisis. After three-and-a-half years, Khan’s PTI struggled to stay in power as its allies betrayed to joined hands with opposition parties. And while Pakistan’s history has been marred with political instability, no prime minister has ever been removed from office through a no-trust motion.

Thus, in the final moments of the former prime minister’s government, his team members paid tribute to him, vowing to fight along his side “for as long as it takes.” Celebrities, too, followed suit, penning their thoughts on the situation, knowing full well that Khan’s term had come to an end. Many are still lamenting the fall of “hope” and a sad but irrefutable return to “purana” Pakistan.

Actor Armeena Khan tweeted a prayer, “May God protect Pakistan and it’s loyal citizens from darkness and the forces of evil that are about to consume it once more. Ameen.”

May God protect Pakistan and it’s loyal citizens from darkness and forces of evil that are about to consume it once more. Ameen 🤲🏼 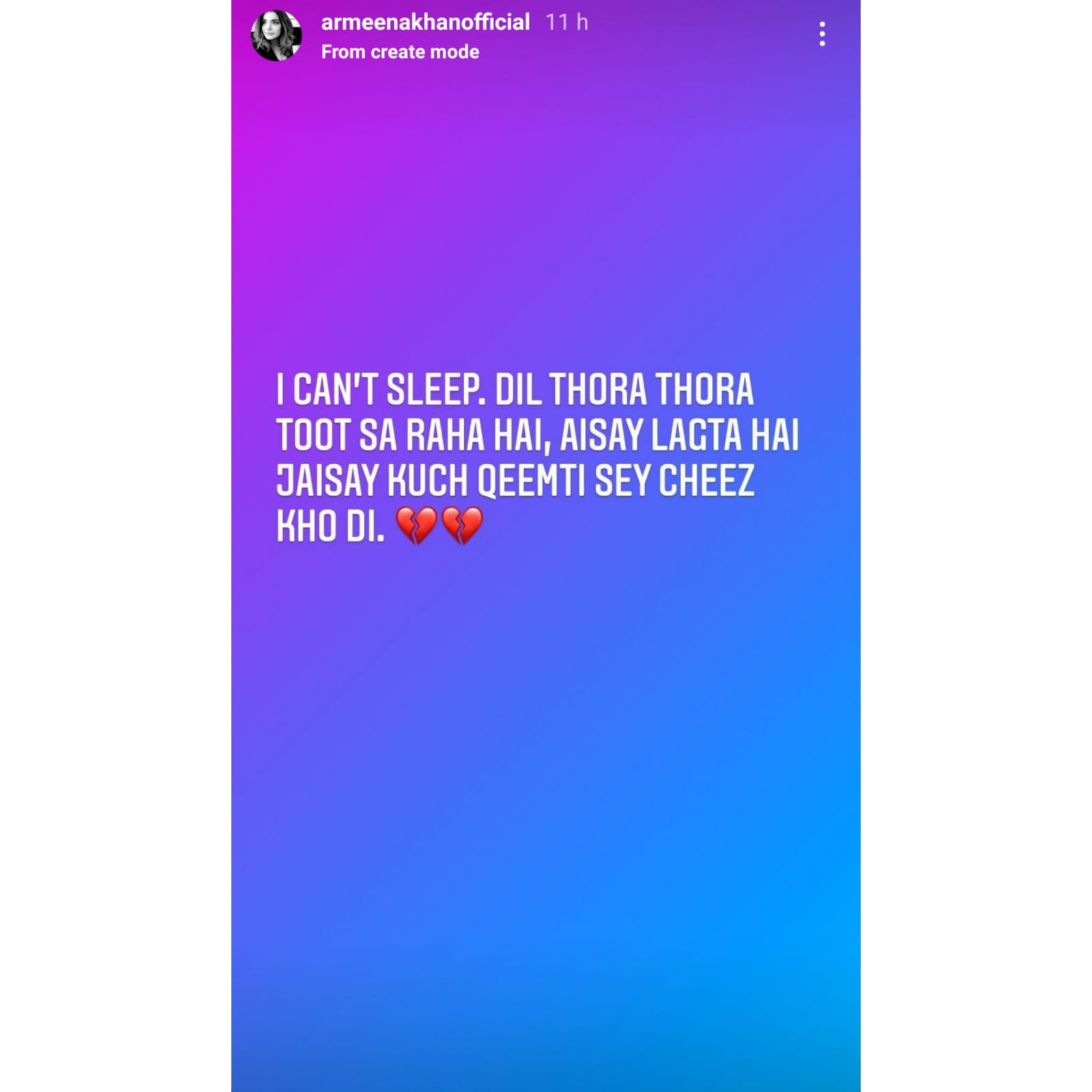 Veteran actor Samina Peerzada shared, “This is not the end, Imran Khan will return with more power and greater resolve. He will not give up and neither will we. We share a great bond. Love for Pakistan.”

This is not the End . IK will return with more power with greater resolve. He will not give up neither will we. We share a great Bond. LOVE FOR PAKISTAN

Actor Humaima Malick called it a “dark day” while Aiman Khan shared a post hailing Khan as a “true leader.”

Teefa in Trouble star Maya Ali too, termed today the “saddest and a dark day in Pakistan’s history.” She lamented, “All we needed was some patience, unity and belief. We have lost a gem, a true politician and honest prime minister. I salute Imran khan that he tried his best and fought for the sovereignty of Pakistan till the last moment. Thank you, kaptan. I know you will come back stronger. Once a leader, always a leader.”

YouTube sensation Zaid Ali T tweeted, “Today is a very dark day for Pakistan. We as a nation have lost our most valuable asset. I salute the courage of Imran khan for fighting till his last breath. He is an example of a true champion and leader. Well played, Captain.”

Today is a very dark day for Pakistan. We as a nation have lost our most valuable asset. I salute the courage of Imran khan where he fought til his last breathe. He is an example of a true champion and leader. Well played, Captain. 👏🏼

Fellow content creator Shahveer Jafry chimed in, “Khan fought alone. I salute him and thank him for that he tried his best to save his country.”

Khan fought alone. I salute him and thank him for that he tried his best to save his country.

Junoon guitarist Salman Ahmad maintained, “174 Votes, 14 parties, five judges, 90% of anchors, so democratic. It took all this to defeat one ⁦Imran Khan and he still rules the hearts of the majority.”

And responding to a tweet by author Nadeem Farooq Paracha, who said those “feeling jittery and outraged should actually feel guilty and self-reflect,” designer Khadija Shah tweeted, “If you had a conscience, you would be concerned too. Instead of this immature tit for tat shitty statement.” Paracha was referring to the individuals who had been “applauding and rationalising harassment of activists, journalists and campaigns of character assassination during the ousted regime.”

Newbie Dananeer Mobeen remarked, “He will rise again.” While actor Ushna Shah shared writer Fatima Bhutto’s tweet on her Instagram Stories. The tweet reads, “I’ve always been a critic of Imran Khans politics and often wrote that he would damage Pakistan’s institutions with his opportunism and expediency. So, I say this with absolutely no feeling for his term or tenure: ‘Purana’ Pakistan was squalid. No one can celebrate its return in good faith.” 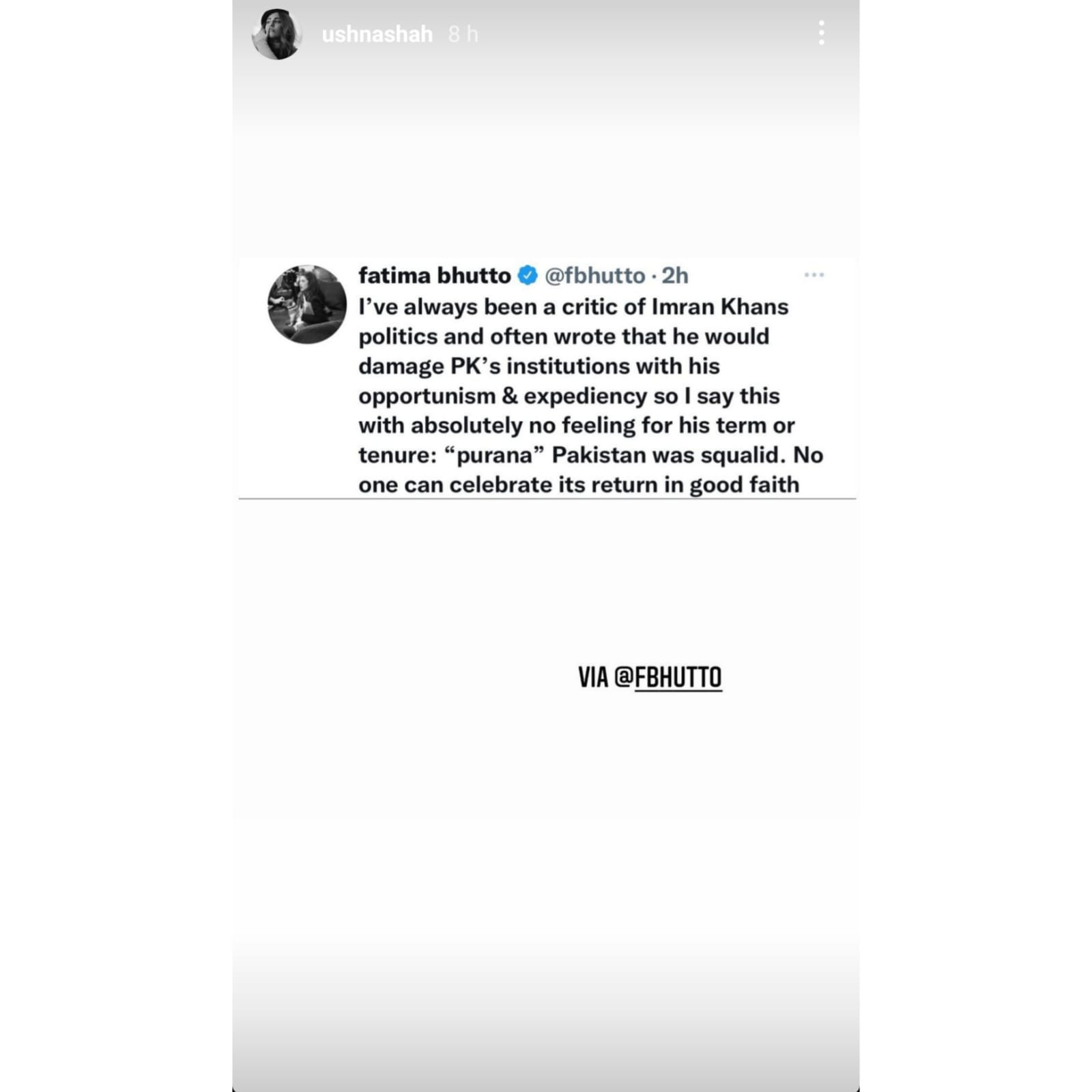 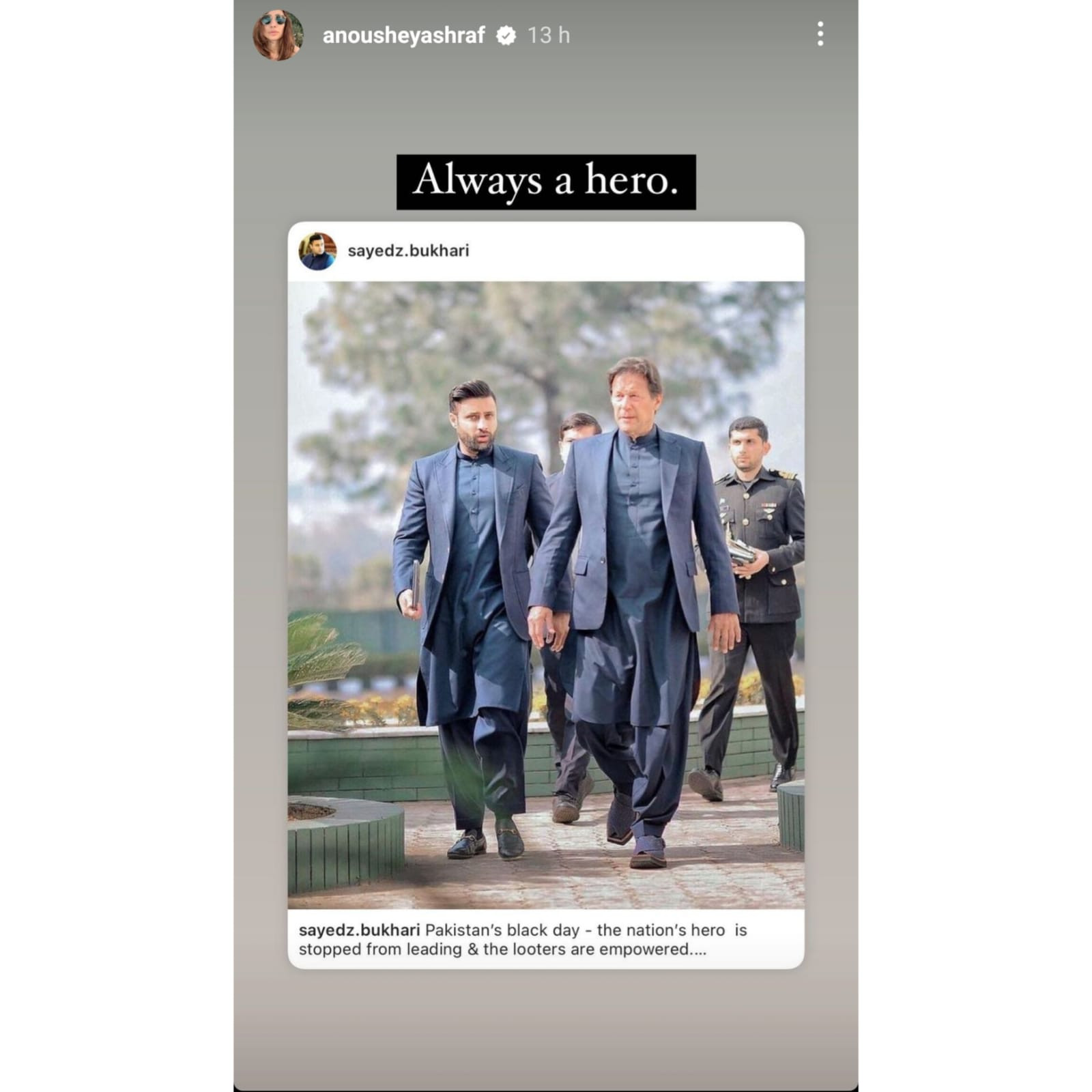 While Zara Noor Abbas held, “He fought and fought hard without backing down. And that’s what a true leader does.” 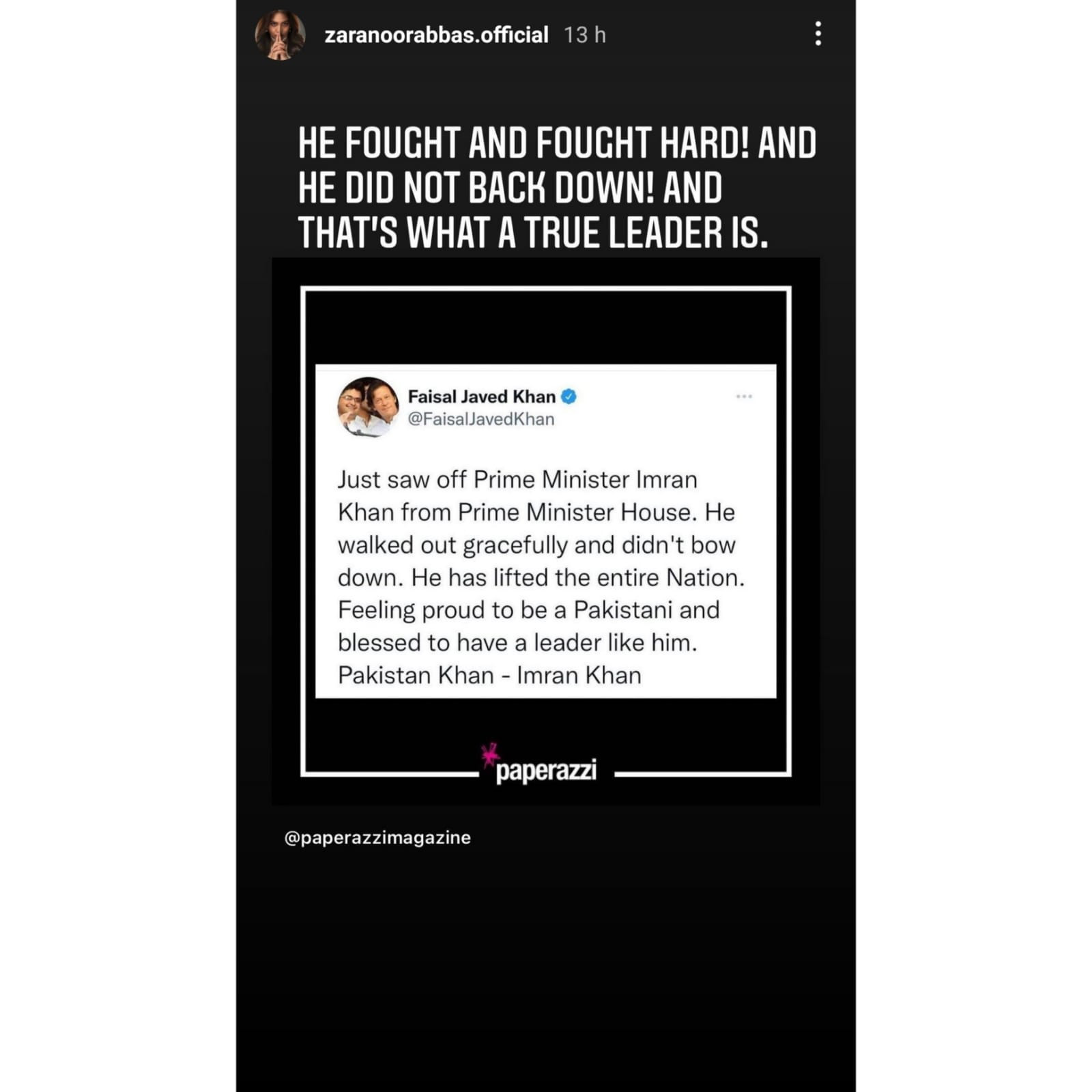 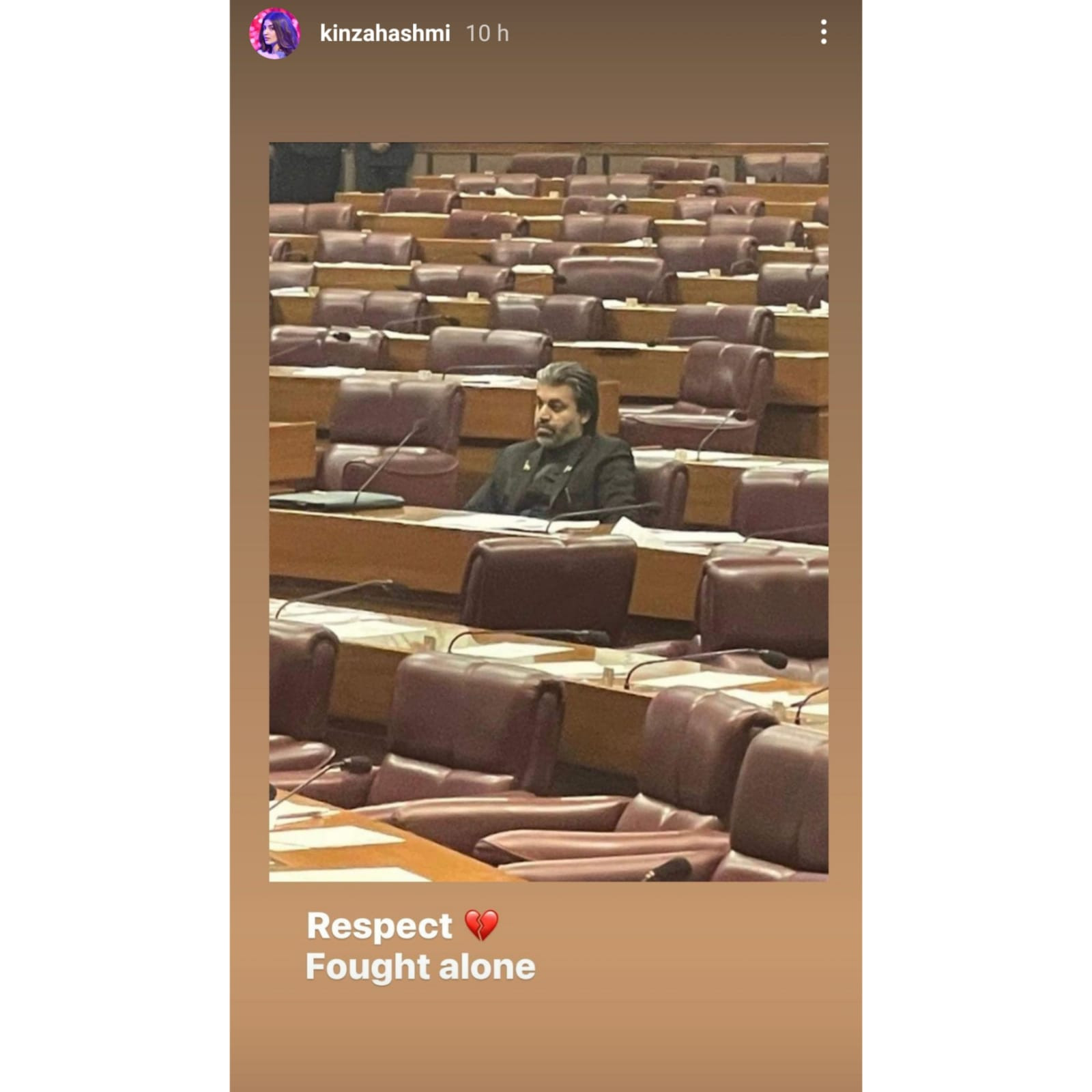 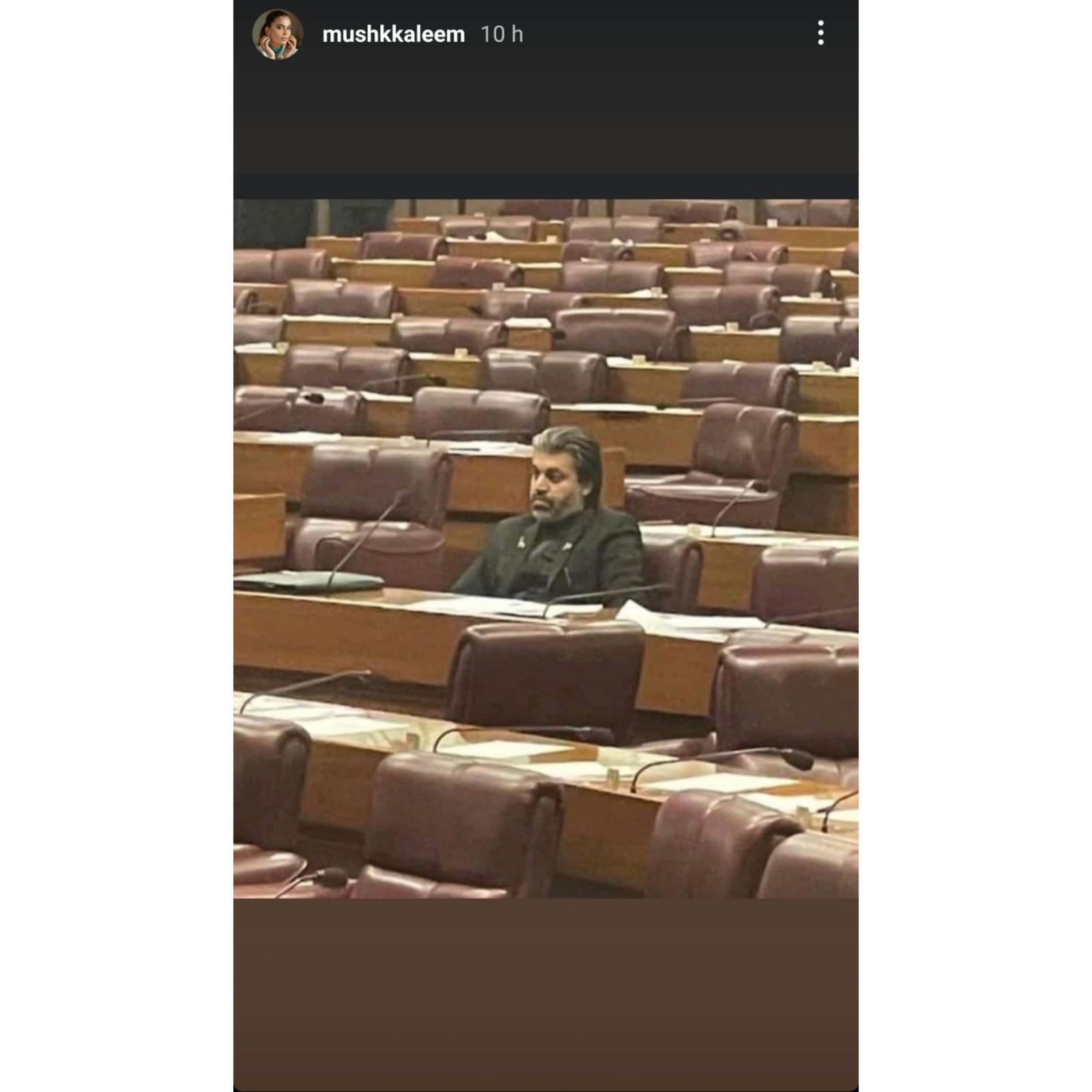 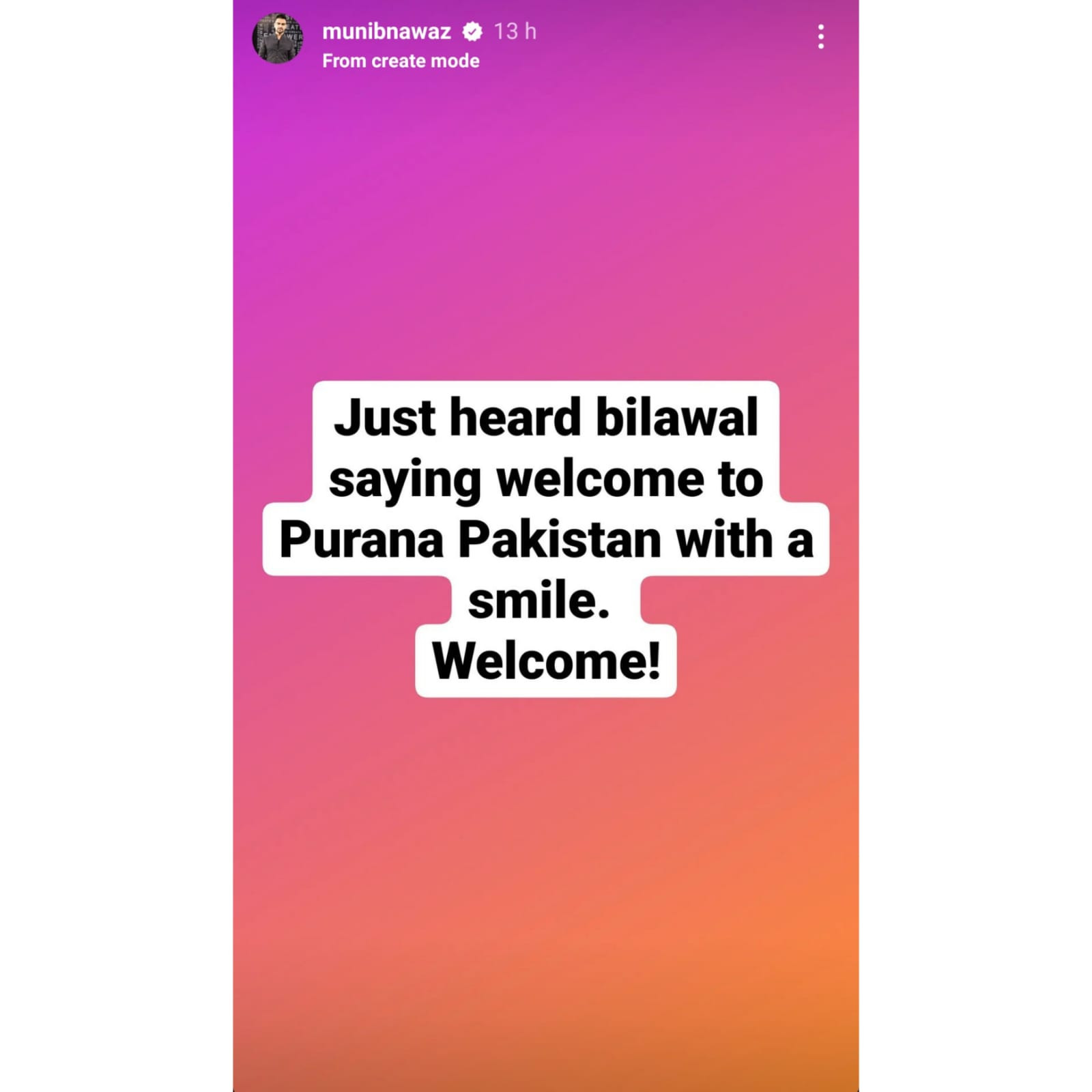 And we too, suppose it won’t be wrong to say, we have indeed returned.

Have something to add to the story? Share it in the comments below.