In a first, Pakistani author receives highest honour in London

Renowned author, thought leader and Express columnist Arif Anis has become the first Pakistani author to receive the highest honours from the city of London.

Arif, one of the founders of the David Beckham-backed One Million Meals campaign, has become a Freeman of the City of London at a ceremony at the Chamberlain Court of the Guild Hall. Freeman is the highest honour bestowed by London.

Arif, a Wall Street Journal and USA Today bestselling author of Habits of Success, I’MPOSSIBLE and Made In Crises is a globally renowned speaker of Pakistani origin and a leadership development expert who joins ranks with high achievers who have received the Freeman or Free Sister recognition. 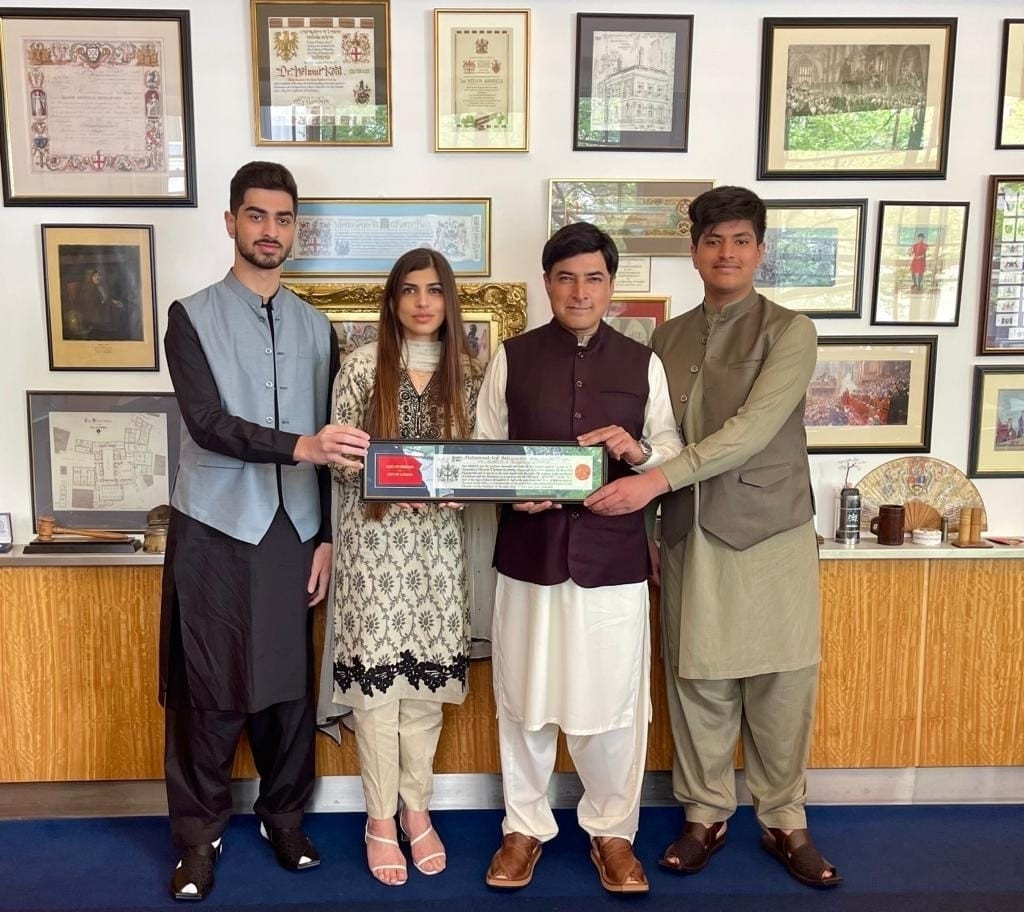 Read more: In a first, Pakistani author declared ‘Brain of the Year’ in Britain

The “One Million Meals” campaign was launched at the end of March 2020 by Spice Village, during the first lockdown, to feed NHS workers during the Covid-19 pandemic when the restaurants were shut down. Hundreds of thousands of free meals and nutritious drinks were distributed to frontline workers in England, Wales, Scotland, and Northern Ireland at multiple locations. 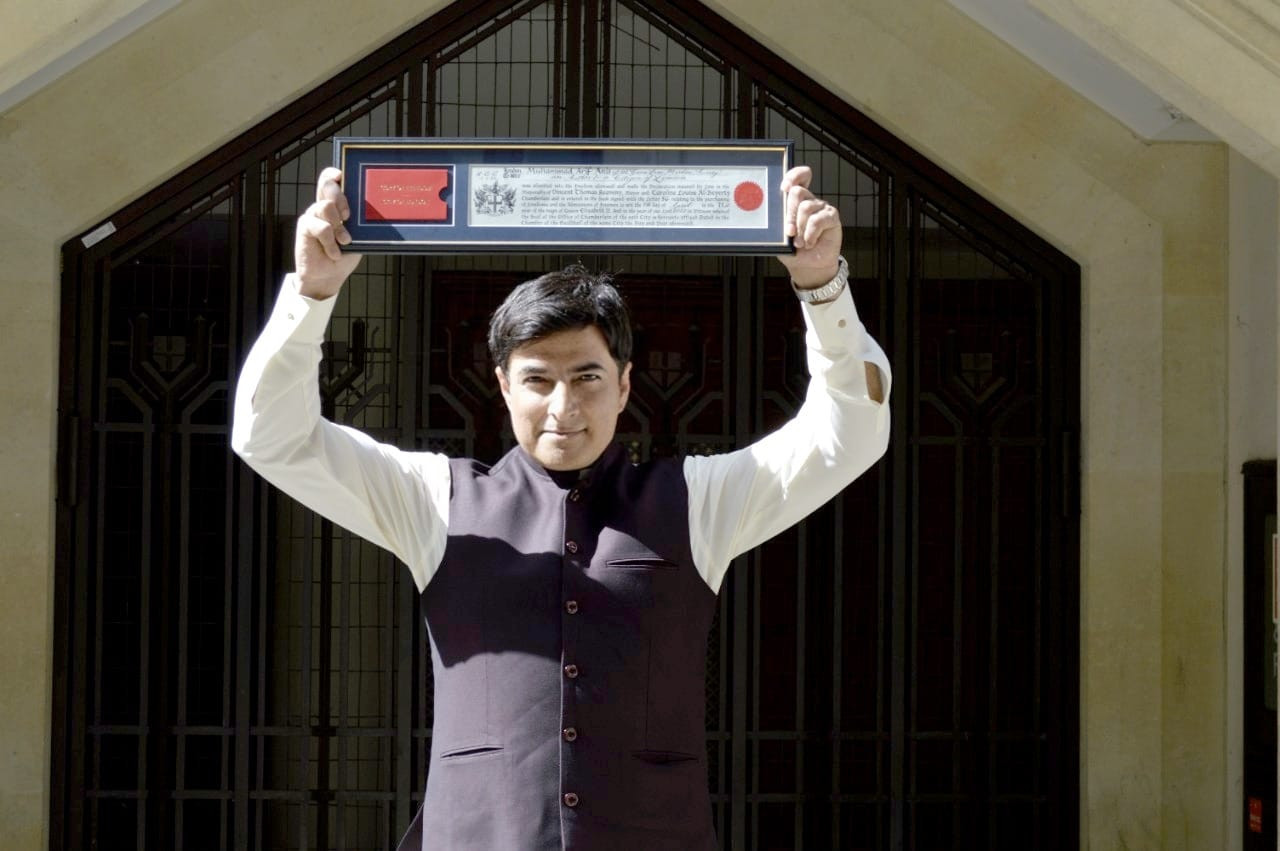 From April 2020 to July 2020, an army of volunteers from various ethnicities served free hot meals to NHS staff, key workers, and people facing a food crisis during the pandemic.

Boxing champion Amir Khan has also backed the campaign. Iconic Scottish singing duo The Proclaimers, have also allowed an adapted version of their biggest hit song ‘I’m Gonna Be (500 Miles)’ to be produced in support of the campaign.

British Prime Minister Boris Johnson honoured and recognised the ‘One Million Meals’ campaign on May 13, 2021, through the Points of Light Award, appreciating the founders of the campaign for their extraordinary services to the National Health Services (NHS), key workers, the homeless, and people in need. The One Million Meals won a gold award at the Institute of Sales Promotion Awards in the Best Response To Covid category recently. 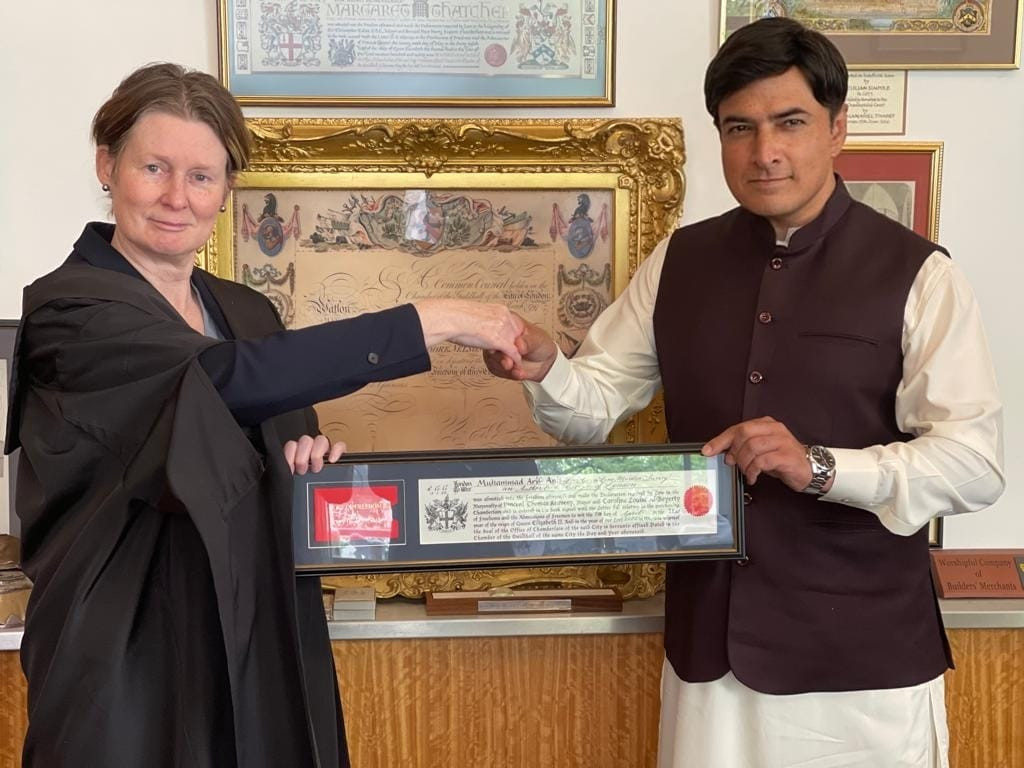 “It’s unbelievable for someone who started around 20 years back as a shepherd in a remote part of Pakistan. Now I have got shepherding rights to drive the flock on Tower Bridge as a part of privileges as a Freeman,” Aris said.

“I speak worldwide about crisis leadership. Crises bring opportunities for leaders to stretch, embrace, and evolve new behaviours, solutions, and attitudes. The One Million Meals campaign was founded as a community response to the Covid 19 crisis. I dedicate the Freedom of the City of London recognition to the co-founders of the campaign, Suleman Raza, Bilal & Momin, my family, and countless volunteers who rose above and beyond the call of duty in the time of crisis’’.

“Covid-19 has been a terrible time for most of us. However, this also has been a time when people held each other’s hands and stood shoulder to shoulder, rising above and beyond the call of duty. We have some extraordinary stories of persistence, perseverance, and sheer resilience to celebrate during these tough times. I am glad the One Million Meals is one of those stories and we managed to uplift the energies of our hero doctors, nurses, paramedics, ambulance drivers, key workers who were the first line of defence in those terrible days.”

One of the oldest surviving traditional ceremonies still in existence today, is believed to have been first presented in 1237. The Freedom of the City of London is a recognition awarded to people who have achieved success, recognition or celebrity in their chosen field.

The medieval term ‘freeman’ meant someone who was not the property of a feudal lord but enjoyed privileges such as the right to earn money and own land. Town dwellers who were protected by the charter of their town or city were often free – hence the term ‘freedom’ of the city.