Held at the historic location of Minar e Pakistan, celebrities joined the protest, donning green and red, the official colours of the political party, in order to lend support to Khan, who was ousted via a no-confidence motion earlier this month.

Samina took to Twitter to share a picture of herself wearing the PTI colours on her head, writing, “We are stronger now. The entire country is stating in unison that we are a free and independent nation. We will make our own decisions. Free and fair elections immediately.”

Musician Annie Khalid also took to the bird app to share pictures of herself from the rally. She wrote alongside it, “World, are you watching? We reject the foreign conspiracy. It’s Imran Khan or nothing!”

Actor Shaan Shahid, who also addressed the crowd at the rally, tweeted, “I spoke my heart for the love I have for my motherland. I’m a Pakistani that stands firm with the only hope for Pakistan Imran Khan.”

Veteran actor Khaled Anam shared videos from the venue on Instagram, writing in the caption, “I am there, are you?” Along with a hashtag that translates to, “We reject imported government.”

Fashion designer Munib Nawaz wrote on the photo-sharing app, “It’s time to pick a side. In the future, these days will be marked as one of the brightest [uprises] in political awakening of this country. I’m glad [I’m] on the side of Pakistan!”

VJ and host Anoushey Ashraf took to her Instagram stories to comment on the large numbers the rally attracted. Sharing a post by vlogger Ukhano, Ashraf wrote, “Proud of my friends for turning up! Never have so many people from my own circle [turned] up to show support for change.” She added, taking aim at the current ruling government, “I’ve paid my taxes my entire life. I cannot bear to see my money being spent for their luxuries while Pakistanis go hungry.” 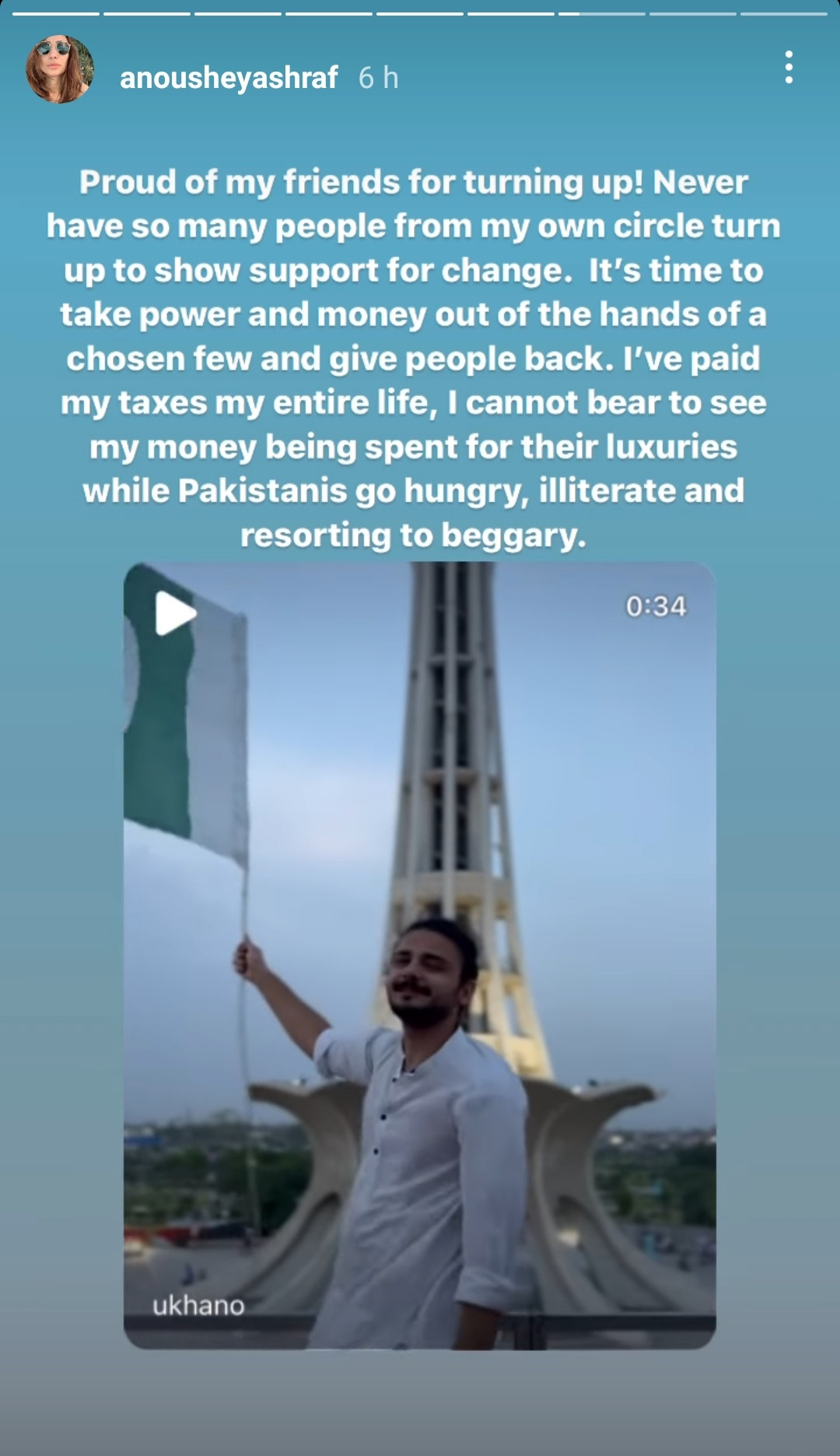 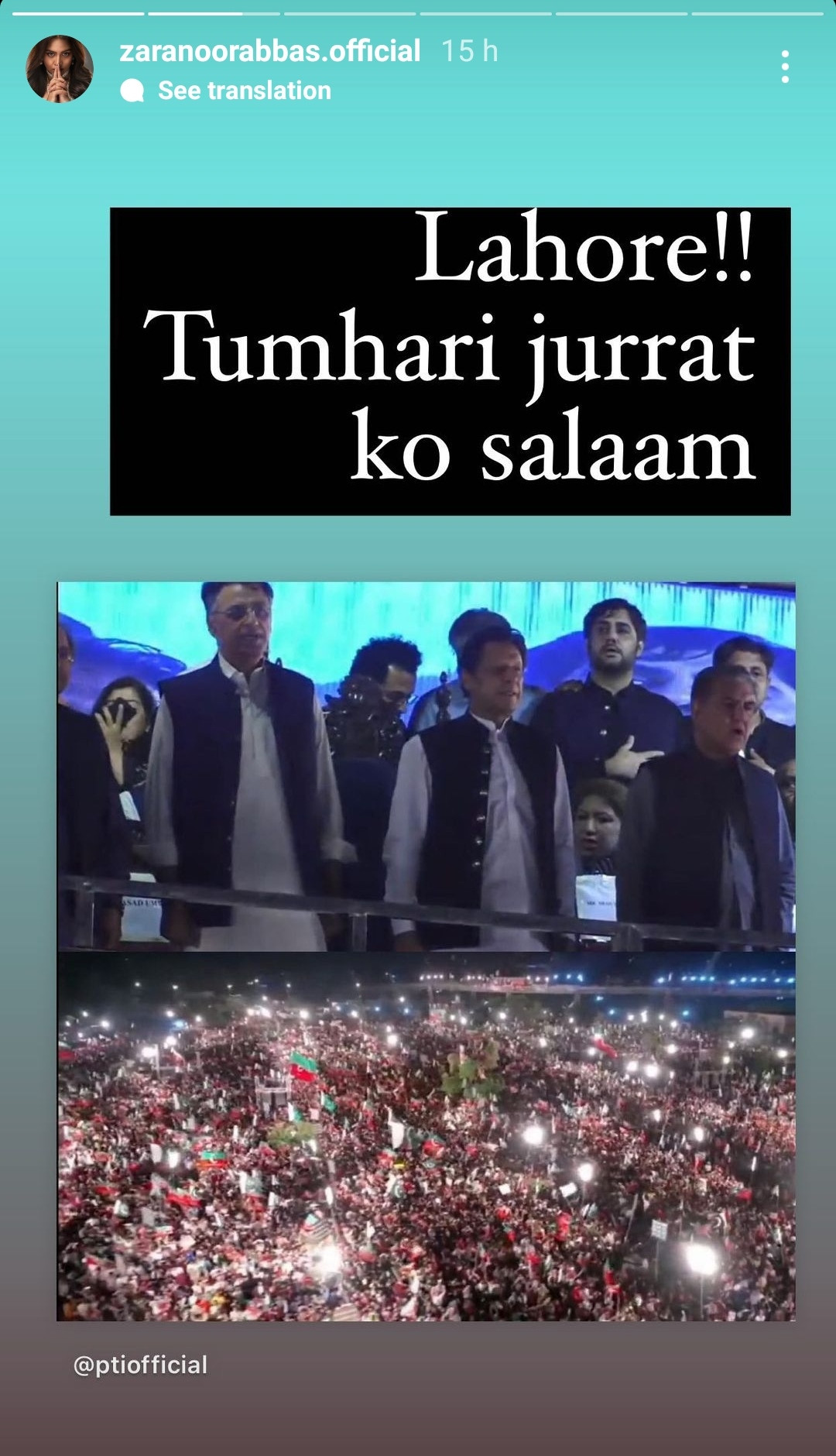 Addressing a mammoth public gathering at Minar-e-Pakistan, Khan underlined that the PTI was a democratic party and it strongly believed in democracy and added that it would never accept any “imported rule” in the country.

“We don’t want any confrontation but the mistake of imposing the ‘imported government’ can only be rectified by holding immediate elections in the country,” the former prime minister told the rally.

Khan asked the people of Pakistan to get ready for his call to come to Islamabad in the next phase of his movement. He asked the people to pledge that they would continue their peaceful struggle for “real democracy and independence” in Pakistan till the announcement of fresh elections.